Pancakes are hands down one of the best breakfast foods around. One of the reasons is because they are just so simple and easy to make. This is great because that means you can make pancakes to suit any special diet, such as egg free or vegan or gluten free.

It also means they are a great all around food to make even if you don’t have all of the ingredients on hand, they are very forgiving.

Today, let’s take a look at what we can use as a substitute for milk in pancakes. Whether you have a milk allergy, or have just run out, don’t worry, you can still make delicious pancakes. 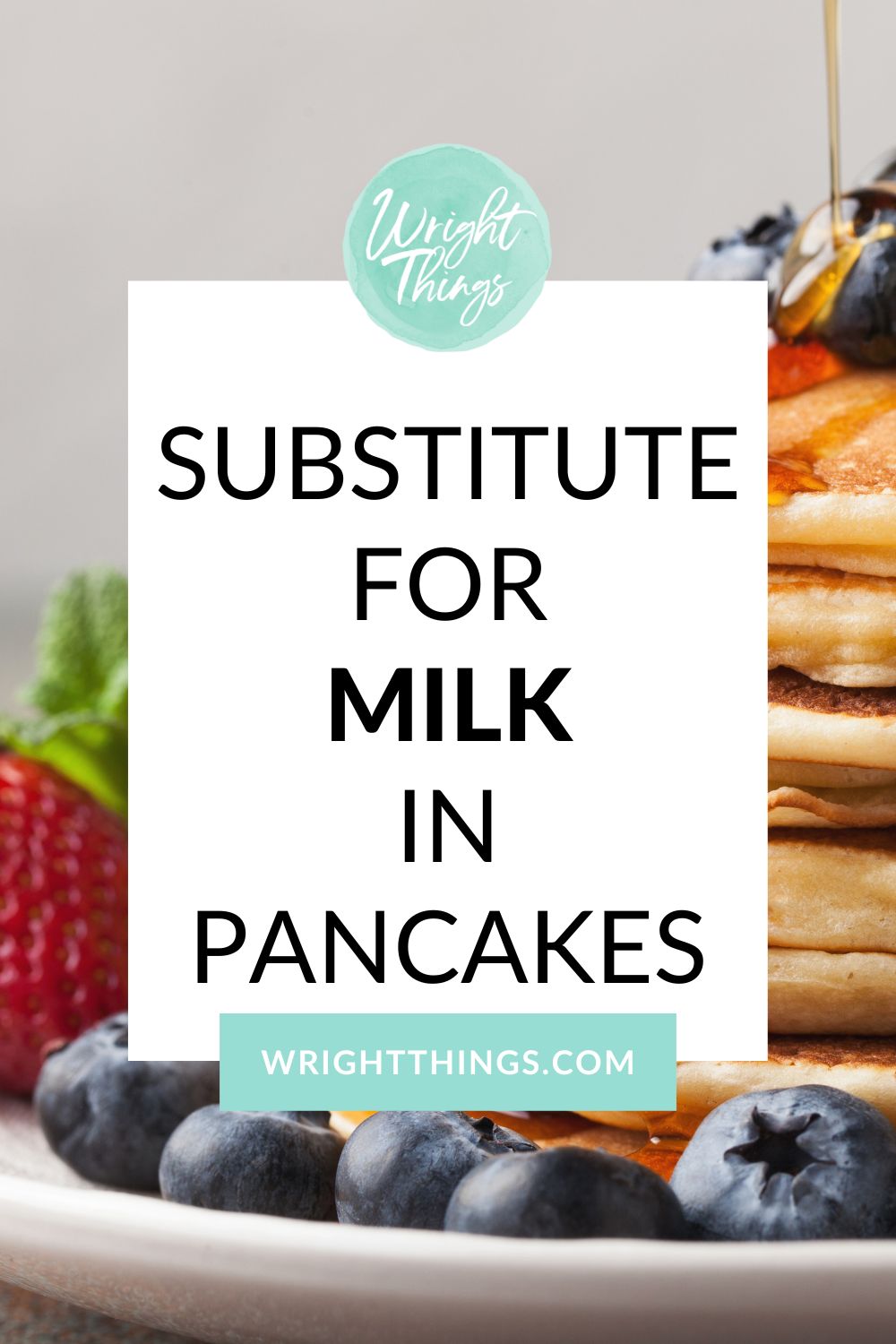 Can I make pancakes without milk?

Of course you can make pancakes without milk. You will need to replace it with another liquid. Simply using water works well, but we have more ideas for you too.

Substitutes for Milk in Pancakes

Now let’s take a closer look at some great ideas for swapping milk out of a pancake recipe.

If you’re looking for a substitute for milk in pancakes, water is a good option. You can use it in place of milk in any recipe, and it will still produce light and fluffy pancakes. The water will also help to thin out the batter, making it easier to pour into the pan. However, keep in mind that using water in place of milk will result in a slightly different flavor. If you’re looking for an exact replica of milk pancakes, you may want to try a different substitute. But if you’re open to experimenting, give water a try next time you’re making pancakes!

Soy milk is a popular substitute for cow’s milk. It can be used in any recipe that calls for milk, including pancakes. Soy milk is a good option if you’re looking for a dairy-free substitute. It’s also lower in fat than cow’s milk, so it’s a good choice if you’re watching your fat intake.

Almond milk is another substitute for cow’s milk. It has a similar consistency to soy milk, so it can be used in the same way. Almond milk is a good choice if you’re looking for a dairy-free substitute.

You can find rice milk in most grocery stores, and it can also be made at home. If you’re interested in making your own rice milk, there are a number of recipes available online. ADD RECIPES Whether you choose to buy it or make it yourself, rice milk is a great substitute for milk in pancakes.

Oat milk is a popular substitute for milk in pancakes. It is creamy and has a similar consistency to milk, making it a good choice for those who are looking for an alternative.

Orange juice is a great sub for milk in pancakes, especially if you love orange. It may sound a bit strange at first, but really is delicious.

Here is a great recipe!

Apple juice instead of milk in pancakes is another great option you may not have thought of. Apple sauce is a popular swap for eggs in baking because of its mild flavor, and apple juice works the same way in pancakes.

Keep in mind this will make your pancakes a bit sweeter.

Questions About Replacing Milk in Pancakes

If you’ve never made pancakes without milk before, you may have some questions. Don’t worry, we have answers!

Are pancakes better with milk or water?

It depends on what you’re looking for. If you want an exact replica of milk pancakes, then you should consider using a non-dairy milk option. Water does work just fine in pancakes instead of milk, but the flavor will be slightly different than you are used to.

Can I add water instead of milk to pancake mix?

Yes, you can add water to pancake mix in place of milk. The pancakes will not be quite as fluffy as if you had used milk, but they will still taste good.

Can you substitute butter for milk in pancakes?

No, you should not substitute butter for milk in pancakes. Butter will make the pancakes dense and greasy, instead of light and fluffy.

Can I use water instead of milk for Bisquick pancakes?

Yes, you can substitute water for milk when making pancakes with Bisquick mix.

Can I use sour cream instead of milk in pancakes?