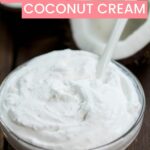 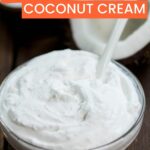 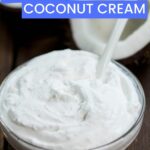 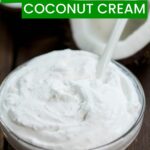 Are you looking for a coconut cream substitute that can bring the same flavor and texture to your recipes? If so, you’re in luck! There are many great alternatives that can provide the same effect even if you don’t have any on hand.

We are going to explore some of the best coconut cream substitutes including coconut milk, cashew cream, and even dairy-based options. Whether you’re vegan or lactose intolerant, there is an option out there for everyone.  Read on to learn more about what ingredients could be perfect coconut cream replacements in all of your favorite dishes! 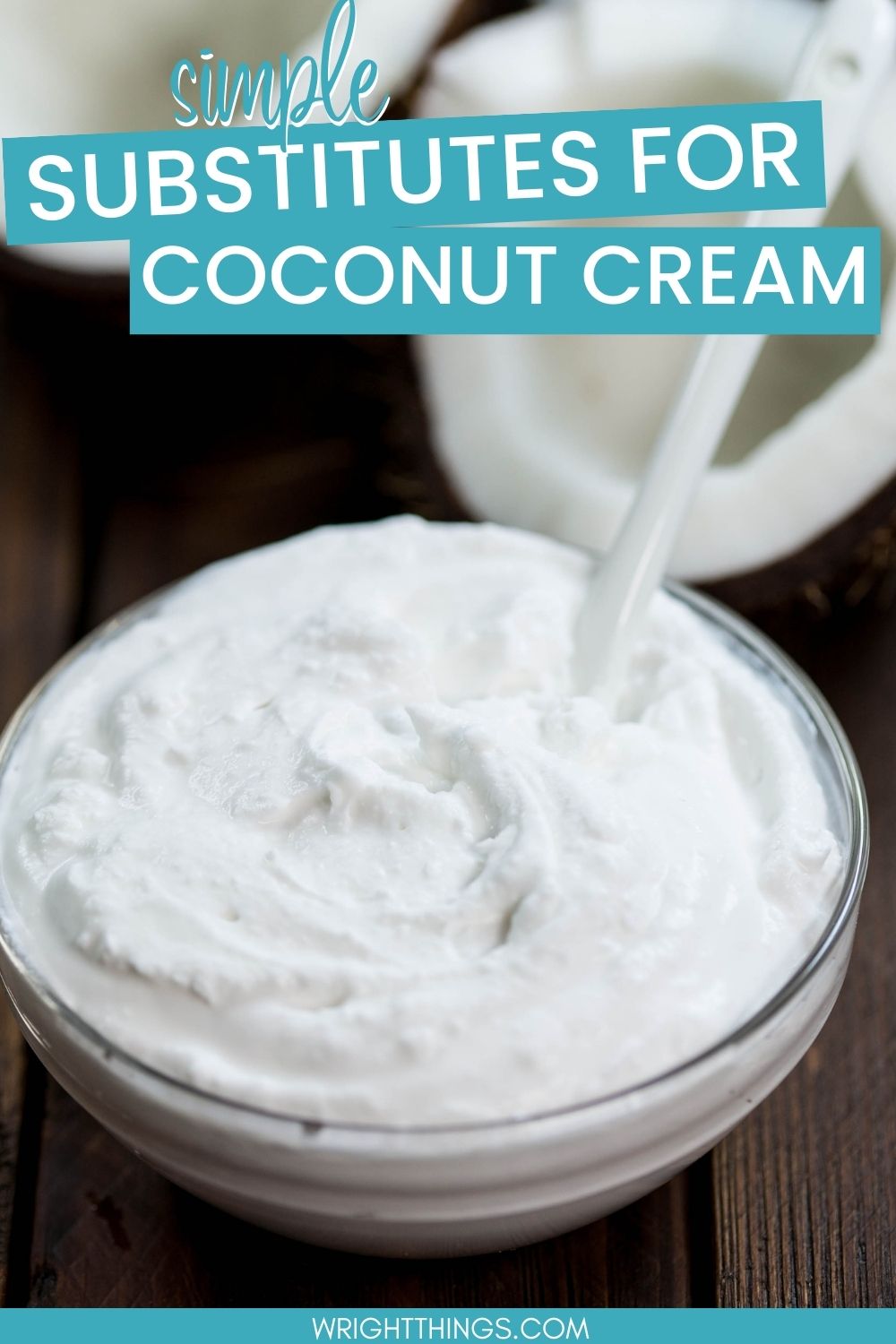 Coconut cream is a product made from coconut meat that has been pulverized into a thick and creamy consistency. It’s typically used in Thai dishes, curries, coconut milk-based desserts, and other recipes that call for a coconut flavor. If you don’t have any on hand, there are many things you can use to replace it in a recipe.

From coconut products to dairy based products and more, there are plenty of options out there for you to choose from, especially if you are in a pinch!

Coconut milk can be used as a coconut cream substitute in many recipes. It has a similar coconut flavor but it’s much thinner in consistency than coconut cream. To give dishes the same richness as coconut cream you may need to add a bit of cornstarch or other thickening agent to your recipe.

Cream of coconut is another coconut cream alternative. It’s a canned product made from coconut and sugar that has a thick and creamy texture. It is important to remember that the difference between Cream of Coconut and Coconut Cream is that Cream of Coconut has sugar added to it. It can be used to replace coconut cream in desserts or added to drinks for a coconut-y flavor.

Heavy cream, or Whipping cream is one of the most popular substitutes for coconut cream. It is a dairy-based product made by whipping together heavy cream and sometimes milk to create a smooth and creamy consistency. When used as a substitute for coconut cream, it will give dishes a similar coconut flavor along with added richness.

Greek yogurt can also be used as a coconut cream substitute. It has a creamy consistency and a mild flavor that won’t overpower the rest of your ingredients. Just like coconut cream, it contains probiotics which are beneficial for gut health.

Evaporated milk is a dairy product that makes an excellent coconut cream substitute. Evaporated milk that has been heated reduces its water content and gives it a thicker and creamier texture than regular cow’s milk. The richness of the evaporated milk creates a coconut-like flavor that works well in place of coconut cream in recipes.

If you’re looking for a nutty alternative to coconut cream try using nut butter or tahini. Both are made from ground nuts and can add a delicious flavor to your recipes. They don’t have the same coconut-y notes as coconut cream but can still give dishes a unique flavor without compromising texture.  You can use any of your favorite nut butters like almond butter, peanut butter, or cashew butter.

Another coconut cream substitute is plant-based milk. Plant-based milks like coconut milk, soy milk, and almond milk are excellent options for coconut cream replacement in recipes. The key here is to choose an unsweetened variety so that the flavor of your dish does not become overly sweet.

Also keep in mind that any of these plant based milks are thinner than coconut cream, you may want to add less to your recipe, or add something else to thicken it like an oil.

Silken tofu is a great coconut cream alternative for those looking to keep their recipes vegan or vegetarian. Silken tofu has a creamy texture and absorbs the flavors of your dish, making it an excellent replacement for coconut cream in vegan or dairy-free dishes.

Have more questions about replacing or substituting coconut cream? We have the answers you need.

Can you use milk in place of coconut cream?

Yes, both milk and plant-based milks like coconut, soy, and almond are excellent coconut cream replacements. Be sure to choose an unsweetened variety so that your dish doesn’t become overly sweet. Keep in mind that any milk will also be thinner than coconut cream, so consider adding less or another thickener.

Can you substitute coconut milk for coconut cream when baking?

Can you substitute coconut yogurt for coconut cream?

What are keto substitutes for coconut cream?

If you are following a keto diet, coconut butter is an excellent coconut cream substitute. Coconut butter is made from coconut flesh and coconut oil, so it’s naturally sweet and does not contain added sugar. Another option for keto-friendly coconut cream replacements would be heavy whipping cream or coconut milk combined with a low-carb thickener like coconut flour or coconut oil.

When it comes to coconut cream substitutes, you have plenty of options. Whether you’re looking for something vegan-friendly like silken tofu or a dairy product like evaporated milk, there are several coconut cream alternatives available. Coconut butter is also an excellent option that can provide the same richness and flavor as coconut cream without adding too much sweetness. No matter which replacement you choose, make sure it fits with your recipe’s overall flavor profile so that your dish turns out just right!