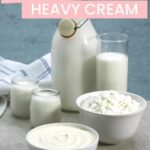 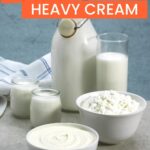 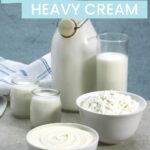 Are you looking for a way to add some creamy, delicious goodness to your meal without using heavy cream? Look no further! In this post, we’ll discuss the various substitutions available and provide some tips and tricks on how best to use them in your cooking. From dairy-free options like cashew or soy milk, to homemade mixtures of low-fat milk and olive oil – creating tasty dishes has never been easier. So if you’re ready to try a vegan substitute for heavy cream, let’s get started!

Cooking vegan dishes can be just as tasty and satisfying as traditional recipes made with dairy products! One of the most common vegan substitutions for heavy cream is non-dairy milk. Many plant-based milks, such as almond milk, soy milk and oat milk, can successfully replace heavy cream in a wide variety of recipes depending on what you are making. 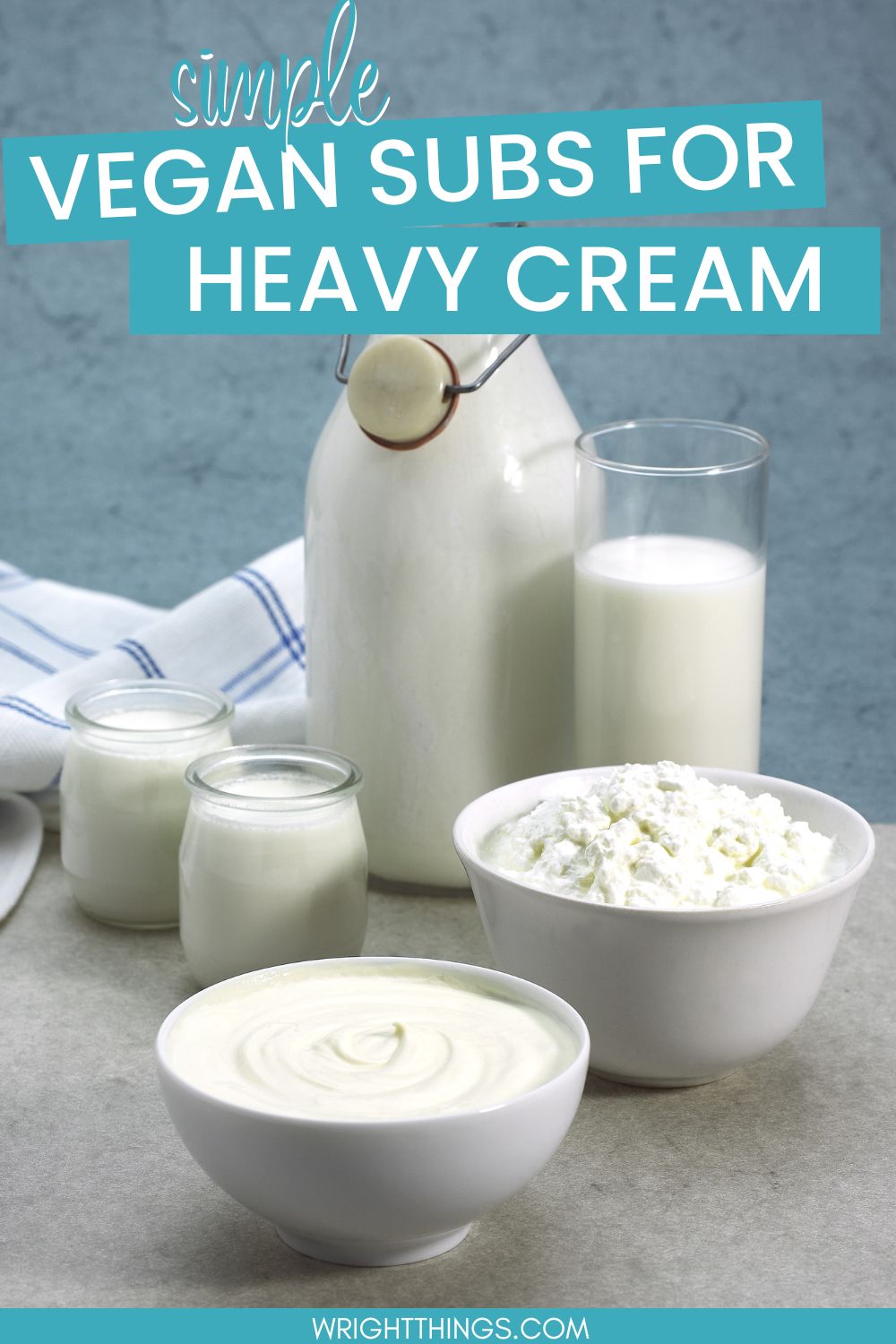 These vegan alternatives will add flavor, consistency, and nutritional benefits to any meal that you want to whip up. Other vegan cream substitutes include nut-based yogurts, beans, avocado, or silken tofu to name just a few. Experimenting with vegan substitutions like these can result in surprisingly delicious creations that also help reduce the need for any dairy products in your life.

Let’s learn more about traditional heavy cream to form a better idea of what simple ingredients you can use to replace heavy cream in your everyday recipes.

What is Heavy Cream?

Heavy cream is a thick, rich dairy product that is used in many different recipes. It is often used to add creaminess and body to soups and sauces, and it can also be used to make rich and creamy desserts. When heavy cream is whipped, it doubles in volume and becomes light and airy, making it the perfect topping for cakes and pies. It is also a key ingredient in many classic French dishes, such as coq au vin and carbonara. Because heavy cream is so versatile, it is an essential item in any cook’s pantry.

When picking an vegan alternative for cream in recipes, there are a few things to think about. First list the thickness of the alternative. In some cases, you may want to add a thickening agent, or simply cook the dish longer – this is the case when we are talking about creamy soups and sauces.

The other big thing is the flavor profile of your dish. One of the best vegan replacements for heavy cream is full fat coconut milk in a can, this can be used to make whipped cream and many other classic heavy cream dishes. However, the taste of coconut can be strong based on what else is in your recipe so this is something to consider.

Now, let’s take a closer look at each of these vegan heavy cream alternatives, and how you can use them in your recipes.

Coconut milk – can be used in savory and sweet recipes

Coconut milk is a great substitute for heavy cream in both savory and sweet recipes. For savory dishes, coconut milk can be used to add creaminess and body to soups and sauces. It can also be used to make vegan versions of classic French dishes, such as coq au vin and carbonara. For sweet recipes, coconut milk can be used to add richness and creaminess to cakes, pies, and other desserts. It can also be used in smoothies and shakes. However, you will be able to taste the coconut flavor in most dishes.

Soy milk – can be used in savory and sweet recipes

Soy milk is a thick and creamy plant-based milk that can be used as a substitute for heavy cream in both savory and sweet recipes. Soy milk is naturally high in protein and calcium, making it a healthy choice for both adults and children. It also has a slightly nutty flavor that pairs well with sweet treats. Soy milk can be used in most recipes that call for heavy cream, but it is especially well-suited for desserts. Try using soy milk to make vegan ice cream, pudding, or cheesecake. You can also use it to make creamy sauces or gravy.

Cashews are a great substitute for heavy cream in many vegan recipes. To use them as a cream substitute, blend cashews using a food process, immersion blender, or high-speed blender with water until you have a creamy desired consistency. This will add some healthy fat and creaminess to your recipes.

You can also purchase already made cashew cream in many supermarkets.

There are many ways to use white beans as a substitute for heavy cream. One way is to mash them with garlic and olive oil for a creamy consistency. Another way is to add them to soups or stews to add richness and creaminess. White beans can also be used in place of milk in recipes. They are a healthy and vegan-friendly way to add creaminess to your dishes, especially savory dishes,

Banana – use ripe bananas for natural sweetness in smoothies or desserts

Bananas are a great way to add natural sweetness to smoothies or desserts. For a substitute for heavy cream, use a ripe banana. The banana will add sweetness and creaminess to your dish.

Coconut butter – mix with water to create a creamy consistency

Coconut butter is a great substitute for heavy cream. To use it as a substitute, mix it with water to create a creamy consistency. Coconut butter can be used in smoothies, sauces, or desserts. It is a good option for those who are vegan or lactose intolerant.

Coconut butter is a great source of healthy fats. It is also rich in vitamins and minerals. Coconut butter can help to boost your metabolism and promote healthy weight loss.

Almond milk – can be used in savory or sweet recipes

How to Use Vegan Heavy Cream Alternatives

There are a couple of things to keep in mind when it comes to using vegan heavy cream alternatives.

Be sure to check the texture and thickness of the replacement you are using. You may need to adjust ratios of ingredients or use a thickening agent to achieve the same results as regular dairy based heavy cream.

This can also vary greatly between brands of non dairy milks, and the ones you make at home. If you make your own vegan milk alternatives, use less water if you are looking to make something more similar in thickness, texture, and a smooth consistency like heavy cream.

Can I make heavy cream from almond milk?

Can I make heavy cream with oat milk?

Coconut cream can be a substitute for heavy cream in some recipes and is a great dairy-free alternative. It has a higher fat content than coconut milk, so it will give your recipe a richer flavor and creamier texture. Be sure to use full-fat coconut cream, as lower-fat varieties will not work as well.

Coconut milk is a vegan option for those looking to replace heavy cream. It has a high fat content and can be used in many of the same ways as cream. Coconut milk can be whipped, used in sauces or added to desserts. When using a can of coconut milk, it closely resembles the thickness and texture of heavy cream making it the perfect replacement in various recipes.

There are many vegan substitutes for heavy cream. Each one has its own unique benefits and can be used in different ways. When choosing a substitute for heavy cream, consider the recipe you are making and choose the option that will work best.